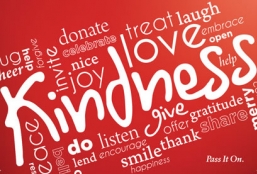 "Whereas, the lives of many citizens of Tweed have been directly or indirectly impacted by the ravages of violence; and Whereas, many Canadians fall prey to senseless acts of violence every year and this violence can happen in our homes, schools, and our local communities; and Whereas, by the time a child graduates from high school, they would have seen an estimated 16,000 televised and social media shootings and overall 300,000 act of violence; and Whereas, the prevalence of violence in our society makes victims of us all; and Whereas, random acts of kindness must prevail and overcome random acts of violence; Therefore, be it resolved that the Municipality of Tweed declare the week of March 7 to 13, further resolved that the citizens of Tweed are encouraged to continue to support and embrace the ideology and practice of Random Acts of Kindness not only during this special week but throughout the year."