We invite you to come experience our four season backyard!

Back to News
2014 Municipal Election The Results Are In 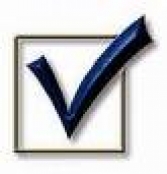 The 2014 Ontario Municipal Elections are now concluded and in the Municipality of Tweed a voter turn out of 44.24% was realized.  The term of office for the next Council will commence on December 1st, 2014.  The final list of successful candidates has been declared by the Deputy Returning Officer.  Click here to view the official Declaration of Election Candidates as issued on October 28th, 2014.  Click here to view the Certificate of Election Results which shows the total votes cast for each candidate.